Media Health Laboratory investigates the applications of ICT in healthcare 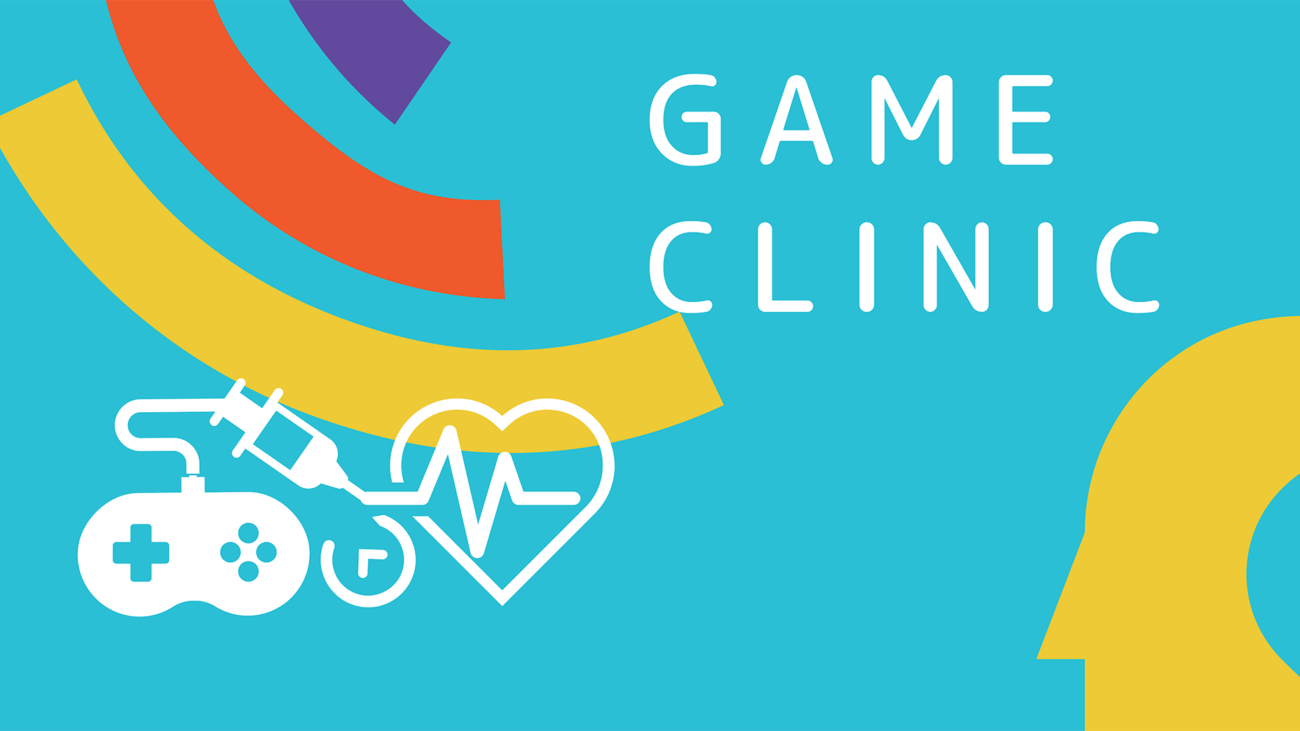 This piece was written as part of speculations arising from a two-day workshop in Eindhoven related to Grant on which I was a co-applicant, awarded to Chris Salter--by Fonds de Recherche du Québec-Sociéte et Culture, Programme d’appui aux arts et technologies médiatiques

Communications is defined as the act of conveying meaning from one entity to another through the use of mutually understood signs. In engineering, communication involves coding the ‘meaning’ into specific signals; sending them via a medium, and decoding them at the reception site. In linguistics, it means attributing a system of signs (visual or audio) and symbols to entities that are commonly known between humans (or birds).

In the emerging field of biosemiotics, communication refers to the way that live systems interact and share common meaning. The Qualified Self project seeks to illustrate how biosynchrony constitutes the essence of subliminal, unconscious human communications. To achieve this, we need to understand the mechanisms of encoding and decoding the biosignals which synchronize. This essay provides an introduction into how to study biosynchrony, and how to decode it.

First, let us define Biosynchrony. Nature is a timed entity and often, repetitive and periodic. We believe that the universe expands and contracts; we see that the sun rises and sets; the lunar phases give rise to the ocean tides, the seasons change with periodic revolution of the earth around the sun. Human life itself begins when the embryo’s heart starts beating. It continues as long as we keep breathing, in and out, and it ends when the periodic electrical pulses coming from the heart and the brain stop oscillating. Fertility is cyclical, sleep and wake too. We have little control over cosmic periodic events, but we can moderate the biological rhythms--of course, to a certain extent before the order breaks, or before the adaptation laws of nature force us into a new state, that we call evolution--if we survive. For instance, we breath periodically, and depending on age and the activity, the unconscious breathing rate is rather similar in most of us. But we can also change our breathing pattern willfully: we can hold it, deepen it, or fasten it to a rhythmic or random cue; but we cannot hold our breath indefinitely. If we exert too hard, our innate autonomic system intervenes to prevent us from suffocating ourselves. We gasp for air and resume normal rhythms to take in the oxygen that we need and pump out the exhaust, CO2. Many of these periodic functions synchronize within the organism. For example, our heart rate and breathing rates are correlated. Many of these periodic events also synchronize with external events. For example, our sleep cycle synchronizes with day-night cycles. The temporal correlation between various timed events (internal or external) and oscillations in a biological system is called biosynchrony.

One of the central questions in the Qualified Self project is whether and how physiological co-oscillation give rise to a synchronous system of inter-individual communications; and whether inter-individual biosynchronization helps them arrive at a collective consciousness, a qualifiable semiotic for the self.”

The first step to address the question of biosynchrony is to define the scale of natural oscillations and the biological systems with which they interact (or communicate). Biorhythmicity and synchrony can be examined at macro-scale (e.g. how seasons can affect the fertility of an entire population), or at nano-scale (e.g. how genetically programmed molecular pulsations impact cellular physiology).

There are several generalizable metrics to study and understand biorhythmicity irrespective of the scale of time. These metrics include duration (how long a complete cycle of an event takes, from start to finish), frequency (i.e. the number of times an even repeats over a definite period of time), phase (i.e. at which point a periodic event starts with respect to another one), and amplitude (i.e. variations in the intensity of the event). Together, these features characterize a rhythmic event and provide measures for comparison and contrasting different states of functioning and (self, or autonomic) control.  Alterations in each of these three metrics, extends the dimensions of time and matter, and creates a specific meaning. The most obvious example for different mood and meaning created by modification of the metrics of a periodic event are music or light. We also have a set of mathematical tools to decipher these signals, remove the non-rhythmic or ‘white’ noise, and identify the independent components in a complex ensemble of rhythms. Think of the human body as a music ensemble with millions of instruments playing their tune, each at a specific frequency, phase and amplitude. The “self” is defined by the ensemble, and how well external conductors (which are outside the body matter) and the internal musicians (the cells and organs) play the notes (physiological tunes).

Although the metrics and the mathematics of signal analysis are common, the vast temporal scale of biosynchronous events, and their interrelations make it virtually impossible to observe and quantify them all at once--unless we have endlessly capable computers and sensors that collect and correlate every possible natural signal all at once from the entire universe . To quantify any rhythmic signal they must be of a scale perceptible by the temporal rate of measuring instruments. For example, we can sense the correlation between day and night cycles and our feeding and sleeping desires. We can notice the swinging of our mood with seasonal or reproductive cycles. If the frequency of the rhythms is very high (e.g. related to the speed of an electron spinning the nucleus of an atom) or very slow (e.g. periodicity in a massive black-hole binary candidate) it will escape the bandwidth of our attention. If an event is happening faster than the rate at which our instrument of measurement samples, we will miss important features of the event, or perceive a distorted version of it. For instance, the Wagon-Wheel Effect in Western movies, when wheels of the carriages in Western films turn backward while the vehicle moves forward is an example of a distorted observation, it is caused by the the fact that the camera captures images at 24 frames per second, which is not enough to capture the continuous movement of the wheel.

Besides an appropriate aperture (i.e. the spatial or temporal scale of the observation device), we must ascertain that the signal of interest is higher than the nonspecific noise. For example, a biosensor that detects breathing rely on quantifying the extent of the chest movement. However, the sensor may also detect other movements unrelated to respiration. Noise itself can be of physiological or instrumental nature and depending on its source, noise can be interesting or spurious. There are techniques for noise reduction that are extensively used in telecommunications that are being incorporated in the study of biosignals.

Recent advances in data sciences and biosensor technologies, exemplified in the popular “quantified self” movement have opened the book on an old question. To seek meaning from biosynchrony is an ancient interest. Solar and lunar cycles, sleep-wake and feeding and breeding cycles are easy to observe, and their correlation with human mood and affairs have long amused those who read the celestial signs. Before the scientific revolution, astrology was considered as mathematical art, subject to the principles of natural philosophy (Kassell, 2010). However, in the past century the causal relation between ‘celestial’ clocks and the biological clocks, has been the topic of chronobiology which aims to explain the physiological adaptation of organisms to the temporal order of the environment.

Earliest theories have suggested that biorhythmicity emerges as an adaptive, evolutionary mechanism, tuned to the solar clock (day-night shifts and seasons). In 1920, W.W. Garner and H.A. Allard demonstrated that tobacco plants were sensitive to "photoperiodism", i.e. they possessed an ‘internal clock’ that enables them to sense day length and seasonal changes, that coordinated their period of seed germination flowering, even leaf and  petal movements, and nectar secretion necessary for their reproduction. The clocked behavior of plants, led scientists of the turn of the century to also study the role of circadian clocks in social behavior of insects and rodents around the (day)light patterns (see review by Mistlberger and Skene 2004).  In the 70’s, scientists began to pay attention to biological clocks and low frequency circadian rhythms related to the chemical transductions in the body over a 24-hour day cycle. Scientists have gone as far to genetically modify the frequency of the biological clock in Fruit Fly since 1971(Konopka & Benzer, PNAS, 1971). The current evidence suggests that biological clocks are set by epigenetic programming (Li et al. 2012). This means that although biological clocks are innately programmed by genes (and therefore they continue to tick even when deprived of the environmental cues), but they are fine-tuned by environmental factors that remodel the genes in order to maximize the chances of survival for the organism.

Such discoveries have motivated interesting theories about the interaction between social clocks (such as  modern work-day cycles, which changed with the invention of the electric light) and the biological ones. Whether and how such interactions impact the mood and cognitive abilities of the modern person are under investigation (Bedrosian and Nelson 2013). However, to study human chronobiology is practically challenging, because unlike laboratory animals, one cannot deprive humans from light for long periods of time--while extracting their blood, plugging them to sensors and assessing their mood and cognition to assess their psychophysiorhythms. To study the blind has been the most straightforward experimental paradigm and interestingly, in those individuals the 24-hour clock seems to tick consistently and be robust to social or light manipulations  in the short term (see review by Mistlberger and Skene 2004).

While the slow circadian rhythms are hard to measure in humans, other biorhythmic signals such as breathing (roughly 0.2 Hz), cardiac cycles (roughly 1 Hz), and spontaneous electrophysiological activity of the brain (< 0.1 Hz) can be observed with relatively simple instruments.  Among these, the most compelling function is breathing. Respiration is autoregulated by the interplay of the autonomic, somatosensory and motor systems in the brain, and cardiopulmonary system that ensure oxygen and metabolites reach the brain and the rest of the body for maintenance of life, as such it manifests the intake and the output of air on which life depends. Breathing rhythm is governed both by vegetative (autonomic) and conscious (sensory-motor and volitional) mechanisms.

Breathing provides an interesting signal for testing the hypothesis of communication through biosynchrony. First of all, it is easy to experiment with breathing rate and depth as they can be controlled consciously and synchronized to visual, motor or auditory cues. This, enables us to set up an experimental paradigm that lends well to scientific validation. Breathing can also modulate other physiological rhythmic events that normally we cannot control. For instance, breathing synchronizes with other biorhythmic functions such as heart rate and circadian rhythms to determine the physical and psychological well-being of an individual (Bartsch et al. 2012).

The interdependence of breathing and states of consciousness raises the question whether it can serve as a proxy to assess, modulate and stimulate collective, synchronous consciousness.  Accelerating advances in wearable biosensor technologies and big-data mining tools provide a monitoring and analytical platform for studying low-frequency biorhythms such as seasonal and circadian cycles, might help shed a light on chronobiological questions involving humans.